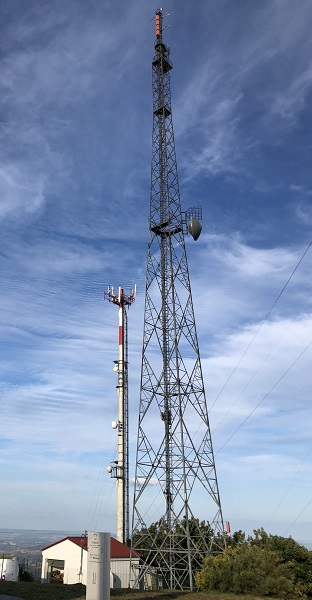 The installation of the CICLOPE System in the district of Bragança was officially completed.

This project resulted from a contract signed on 8th between INOV and the Intermunicipal Community of Terras de Trás-os-Montes(CIMTTM) as a result of the public tender procedure for the provision of a “System for Monitoring and Supporting Operational Decision”.

With this system, composed of only 3 Remote Monitoring Towers (RMTs), it was possible to expand the coverage of the CICLOPE system to the district of Bragança, allowing to ensure the coverage of 6 of the 18 districts that make up the mainland national territory. This installation in the Serra da Nogueira includes the highest CICLOPE tower installed to date – 82m high.

Since the beginning of July, these 3 new RMTs have been available for operation at the District Center for Operations and Relief of the National Authority for Civil Protection and at the Territorial Command of the Republican National Guard in Bragança, enabling the monitoring of events in the region and the a significantly more eficient decision support in firefighting, with positive results already proven.

Meanwhile, CICLOPE continues to progress in the national territory: work has begun on the installation of the 1st phase of the project to supply SARADO – Remote Monitoring System and Support to Operational Decision, resulting from another public tender procedure for the Community Intermunicipal das Beiras and Serra da Estrela (CIMBSE). This project, composed of 17 new RMTs in the districts of Guarda and Castelo Branco, should have the first operational results during October and be completed during the summer of 2019.