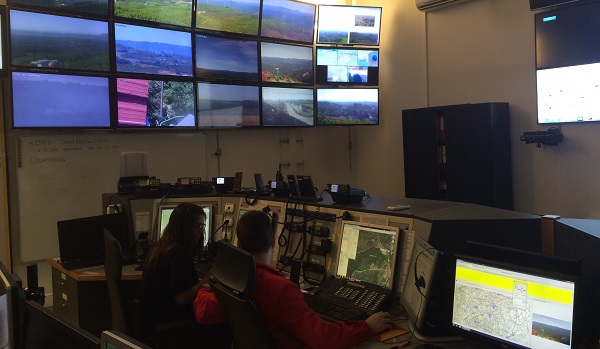 CICLOPE signed three new contracts for the installation of 19 surveillance towers in the region of Santarém and Castelo Branco. With these towers, CICLOPE predicts to cover 20% of the Portuguese territory.

Since its first installation by Proteção Civil in 2004 and until 2016, CICLOPE has installed 24 towers distributed by Porto, Lisboa, Leiria, Santarém, and Castelo Branco. With the execution of these new contracts it is predicted that the remote monitoring coverage offered by the Integrated System of Forest Video Surveillance will grow from 14% in 2016 to 20% of national territory covered.

CICLOPE is a system based on images captured by Video Surveillance and Data Acquisition Towers (TVAD, in Portuguese) installed in strategic locations based on previous studies in each region. The images are transmitted through dedicated communications and in real-time to a Management and Control Centre, usually at the District Centres of Operations and Rescue from the ANPC, to the operatives at the control room and then saved for analysis. As a surveillance system developed for large areas CICLOPE sets itself as a support tool for decision making in forest monitoring, especially in fire fighting.